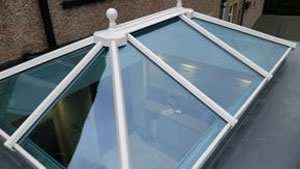 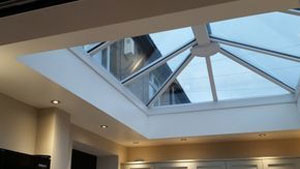 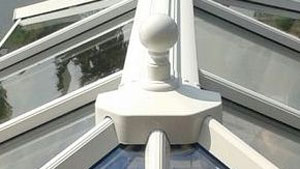 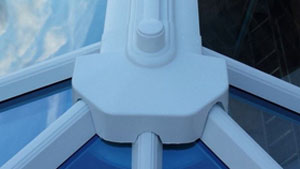 have a 10 year guarantee, with manufacture and supply carried out under certificated BS EN ISO9001:2000 quality management systems.

All weather parameters for specific site postcode, including an assessment of the local terrain and topography, prevailing wind speeds and pressures, are taken into account to determine how the roof will be constructed

Global roofs are designed to meet the requirements of:

The Global roof has been exhaustively tested and the system has received British Board of Agrément (BBA) accreditation.

A standard Georgian conservatory was independently assessed by façade-testing specialists Wintech Engineering to prove that Global can withstand the most extreme weather conditions, with market-leading performance results that far exceeded expectations.

Structural integrity testing was then carried out on the same conservatory, after wind testing, with Wintech applying negative pressures to simulate increasing snow loadings.

If you would like a quote for a traditional lantern simply submit your details below: